The Group continues to have a full complement of members with Sunday and Wednesday sessions at Seacourt Tennis Club's two rinks (or more correctly, pistes) each attracting an average of about 10 players. Earlier in the summer we were challenged by the newly formed Ems Valley U3A Pétanque Group to a friendly match which we managed to win by 3 games to 1. At the end of September we entered 4 teams in the annual National U3A Event at Mill Rythe which featured about 54 teams from across England and Wales. Three of our teams eventually went out in the knockout stages but one team made up for this by winning all of its games and ended up taking Gold! A truly magnificent achievement especially since many of the opposing teams were considerably more experienced. A photo of the winning team – comprising Sheila Partridge, Geoff Belding and Sue Humphrey - proudly displaying their medals is shown below. 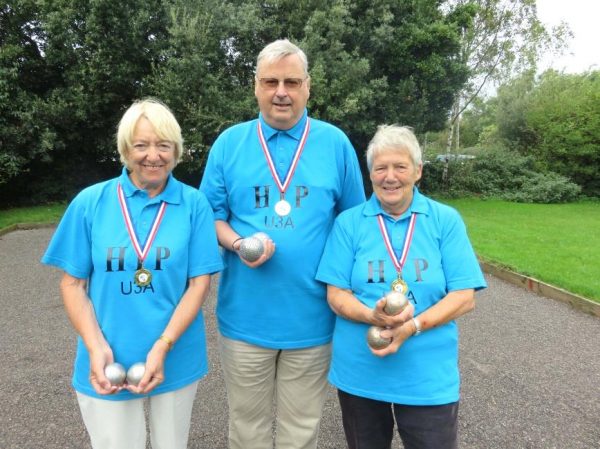