This is an article published in the Winter 2017 edition of the Hayling Island U3A newsletter...

The Hayling U3A Petanque Group has been enjoying playing at Seacourt's petanque terrain for a year. We are a relatively new group and in our first season we have attracted an enthusiastic membership and have gone from every other Wednesday to every Wednesday and Sundays! 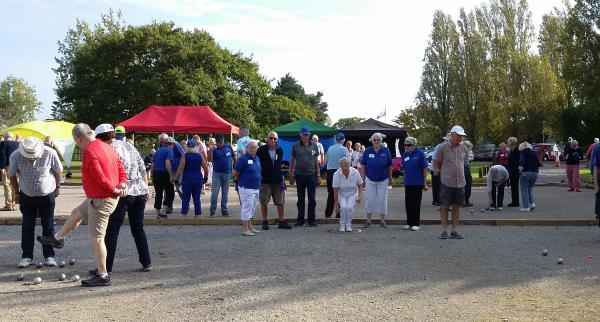 The highlight for us this year was to take part in the National U3A Petanque Tournament which was held at Mill Rythe Holiday Centre in September, over two days and attracted 52 Teams from all over the country including one from Guernsey!

We entered two teams for whom this was a new experience and they acquitted themselves incredibly well. After the first day they came in the top third of the table and progressed to the knock-out on the second day. Finally, we are very pleased to report that one team did even better and secured a runners up medal in their section.

The weather was good and the teams really enjoyed the experience of meeting other competitors in such a friendly atmosphere and we are looking forward to entering next year's tournament which is an annual event here on Hayling.