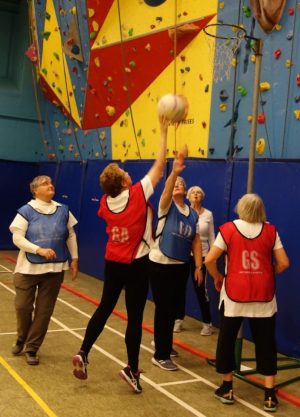 Hayling Island u3a Walking Netball may be featured in a national magazine!

On February 5th we gathered as usual at Hayling College for our weekly game but this time we had a photographer present, Dominic Joyeux. He took loads of photographs here's just one of them.

The reason he was there is that Jenny Bardwell, one of the ladies who plays, has been asked by the editor of The Oldie if she would write an 850 word article on returning to netball.

This article appeared in the Spring 2022 newsletter.