This is an article published in the Spring 2017 edition of the Hayling Island U3A newsletter...

The visits for 2016 finished with a trip to London to see the Banqueting Hall in the morning and Churchill’s underground War Cabinet Rooms in the afternoon. 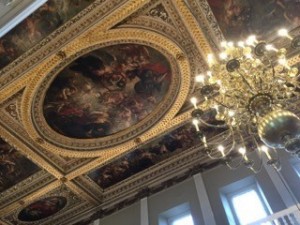 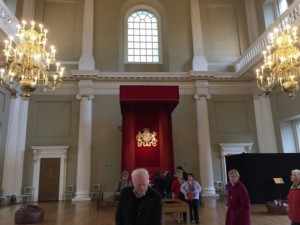 Trips to London are always problematic due to traffic hold-ups, road works etc. We were dropped off just short of the Banqueting Hall. I found this morning visit a little disappointing. One could admire the decor and especially the murals on the ceiling. There was also an interesting Audio/Visual presentation on the Hall’s history.

The afternoon was a complete contrast. There was plenty to see. One could almost spend a whole day soaking in the atmosphere. 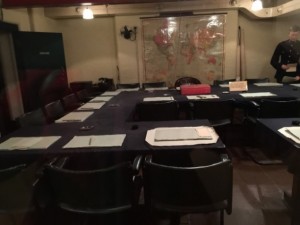 A glimpse of what life would have been like during the tense days and nights of the Second World War. The Map Room, which has remained exactly as it was left on the day the lights were switched off in 1945.

The 2017 programme of visits kicks off with a trip to Beaulieu and Buckler’s Hard.

There is much to see at Beaulieu. Click here for full details. A brief visit to Buckler’s Hard will also be squeezed in before leaving the area.

Other visits planned for the year are:

Dates for these visits should be finalized shortly so that members can plan ahead accordingly. One problem we have found is that some organisations do not firm up on their details until February/March.