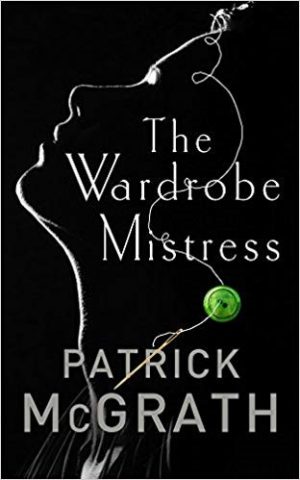 Patrick McGrath’s ninth novel is a story in which nothing is ever quite as it seems: characters confound those closest to them with shocking secrets; supernatural hauntings morph into real-world horror; and the dead haunt the living in ways more disturbing than a ghost story.

Set in London’s theatreland in 1947, the wardrobe mistress of the title is newly widowed Joan Grice. Her husband, Charlie – “Gricey” – had been a famous actor, and their psychologically fragile daughter, Vera, is following in his footsteps.

What begins as a novel about grief manifesting itself in paranormal fantasies takes on a more sinister edge when Joan uncovers Gricey’s political past, leading the novel into explorations of fascism, antisemitism and how a fractured nation endeavours to rebuild itself from the rubble of war.

McGrath has a reputation for gothic fiction and there are elements of that here too, not least Joan’s terrifying experiences inside her husband’s wardrobe, which, for a time, she believes holds Gricey’s spirit.

Part of the skill in The Wardrobe Mistress comes from the omniscient narration in the form of a Greek chorus, at turns scathing and gossipy, confiding and judgmental. McGrath’s dexterity in maintaining the authenticity of the narrative voice allows a satisfying and intimate immersion in the novel.

The Wardrobe Mistress is vivid and multi-layered: as a gothic story, it is replete with suspense and an unnerving sense of the macabre; as a study of the insidious nature of political ideologies it is chilling and apposite; and as a story about the effects of grief, it is perceptive, probing deeply into the human psyche to reveal it in all its serpentine complexity.