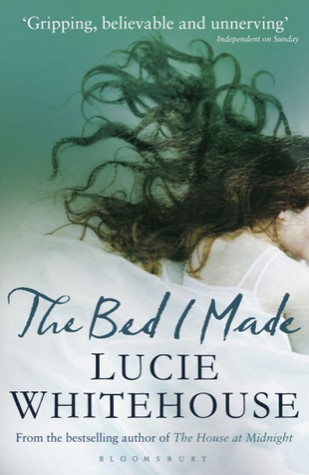 Not an Ikea futon but a post-Du Maurier domestic gothic thriller in the Maggie O'Farrell/Sophie Hannah mode. Every box is ticked: the self-analytical, ­borderline solipsistic narrator-heroine; the gloomy coastal-town setting; men so straightforwardly evil they might as well wear capes and twirl their moustaches. But Whitehouse is a skilful, attentive writer, and before long we're as terrified as lonely, vulnerable Kate, who has escaped from London to the Isle of Wight to avoid an unhinged lover who will stop at nothing to keep her in his life. The question of why Kate doesn't simply forward his threatening texts and emails to the police is explained in terms of a power game the pair played when they were together, while a subplot about a local woman who has gone missing from her boat nods winkingly to Rebecca, introducing a playfulness that bubbles away nicely without compromising the surface tension.