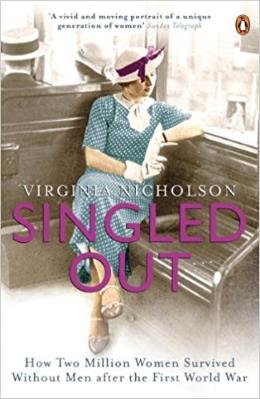 In 1919 a generation of young women discovered that there were, quite simply, not enough men to go round, and the statistics confirmed it. After the 1921 Census, the press ran alarming stories of the 'Problem of the Surplus Women - Two Million who can never become Wives...'.

This book is about those women, and about how they were forced, by a tragedy of historic proportions, to stop depending on men for their income, their identity and their future happiness.

Singled Out is a touching and beautifully told story of the women who were left alone after World War I - a remarkable generation of women who were changed by war; and in their turn helped change society.