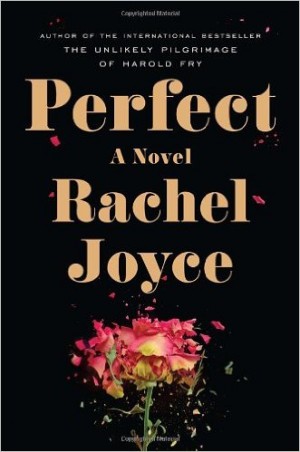 By Rachel Joyce - author of “The Unlikely Pilgrimage of Harold Fry”

In 1972, two seconds were added to time. It was in order to balance clock time with the movement of the earth. Byron Hemming knew this because James Lowe had told him and James was the cleverest boy at school. But how could time change? The steady movement of hands around a clock was as certain as their golden futures.

Then Byron's mother, late for the school run, makes a devastating mistake. Byron's perfect world is shattered. Were those two extra seconds to blame? Can what follows ever be set right?

Perfect has a second storyline, set in the present day, and its chapters alternate with those of 1972. Jim lives in a camper van on the edge of a new housing estate and works at a supermarket café. The revamped municipal spaces and heaving shopping centres, the neon-lit and Formica-topped interiors, are also part of a world where surprising acts of kindness take place.

But who is Jim? Why does he live in a van, where he has to greet his door, his taps and his mattress exactly 21 times before he can step outside? And how is he connected to Byron, James and the extra two seconds of 1972?