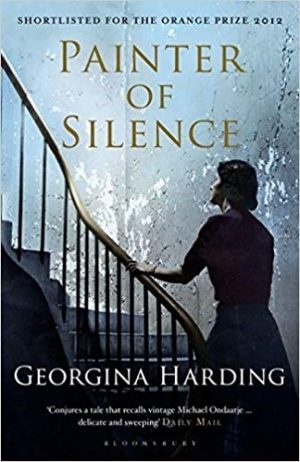 A tale of friendship, although this being a Georgina Harding story it is a bond in which the two parties cannot communicate with one another in a traditional sense. The setting is Romania, before, during and after the Second World War, a realm that is, at different points, beautiful, romantic and tortured. Augustin, a young sparrow-thin vagabond, is found on the steps of an Iasi hospital in the early 1950s. Safta, one of his nurses, recognises him and tries to ease him back to life through sketches and narrating her memories of their shared country upbringing.

Poiana, the grand rural estate of their childhood, is seen through flashbacks. Augustin, the deaf, mute son of the cook, and Safta, the promising daughter of the kindly owners, are born in the house (he behind the stable yard) six months apart. We learn that "this was a house which people moved through freely like the light: family, servants, visitors, villagers."

Augustin and Safta's story is one shaped by inquiry and empathy and ruptured by class, love and history. A moment of art therapy illustrates this legacy: "Her drawing is like the house he knew as she is like the girl he knew: recognisable, but altered." The novel's skill is in fusing memory, nostalgia, doubt and misapprehension into a narrative that allows each to be true in its own fashion.

Harding's prose is a quiet storm of imagery and emotions. I particularly enjoyed the early years of childhood japes on hallway furniture, which "for them were galleons to be boarded and fought for, one after the other, when the wooden floor was sea and the bearskins and scattered rugs an exotic archipelago."

There is an accumulation of disconnects and vacancies in Harding's novel. The otherness of the past reverberates like a tuning fork further emphasising the sense of loss in the present. Likewise, a pictorial motif casts Poiana in colourful hues only to be followed by the graphite postscript of the Communist era. Yet, the storytelling is never dragged into the terrain of misery. The rubble and ruin of post-war Romania is tenderly rendered. Like their nation, the two childhood friends are caught between what once was and what presently is. It's a heartrending predicament expertly realised.

Review in the Independent