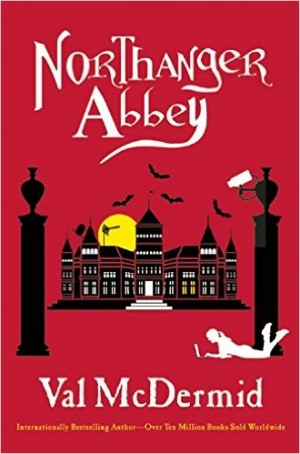 It is an odd thing, the so-called "Austen Project". The idea, dreamt up by some clever operative at HarperCollins, is that a well-known novelist produce a contemporary version of each of Jane Austen’s six novels. You can imagine the growing excitement in the marketing department: each volume would catch both the contemporary author’s loyal readers and all those Austen fans. Better still, the series could hook some of those who have enjoyed Austen on the screen but who might find early-19th-century prose too daunting. Joanna Trollope has already "done" Sense and Sensibility; now the crime writer Val McDermid, doyenne of tartan noir, gives us her version of Northanger Abbey, transposed to some kind of present day.

The heroine is the callow, lovable Cat Morland, taken by friends of her parents not to Regency Bath but to contemporary Edinburgh, during the festival (so there are still assembly rooms and balls and Georgian façades). Henry Tilney, whom she falls for, is a young lawyer rather than a vicar; Johnny Thorpe, who assumes she will fall for him, is an obnoxious young City type. And so on.

But, as in Trollope’s Sense and Sensibility, the narrative follows its original – episode by episode, dialogue for dialogue – very dutifully. We know it must be contemporary because there is a very large number of text messages and references to Cat’s interest in Facebook, but the structure is all Austen’s until a twist at the very end. In the original novel, General Tilney cruelly throws Catherine out of his house when he discovers that she is not the heiress he supposed. In this updating, he is given a more modern (and purely bigoted) reason for turning against her.

It is what used to be called an "imitation": an updating that is supposed to be all the more pleasurable if you know the original. Yet, in successful instances, the point is as often the deviation from the original as the replication of it. That blissful cinematic imitation of Austen’s Emma, Clueless, is delightful because it improvises its analogies. In Beverly Hills, the thoroughly cool latter-day Frank Churchill character, who loves shopping and looks like a perfect partner for a chic girl, is unavailable because . . . he is gay. Of course!

Readers will find few of the pleasures of deviation in McDermid’s novel, but, if they know their Austen, will keep knowing exactly what is going to happen. And in one respect the old story is hard to update. When Northanger Abbey was published in 1818, the year after Austen’s death, it was with her prefatory note explaining, somewhat sheepishly, that it had been written 13 years earlier and featured "books, and opinions" that had since become "comparatively obsolete". Composed as a jeu d’esprit when Austen was in her twenties, it preserved the satire on Gothic fiction for which she was now apologising.

From an article by John Mullan : professor of English at University College London (and the author of “What Matters in Jane Austen?”, Bloomsbury) which first appeared in the 9 April 2014 issue of the New Statesman