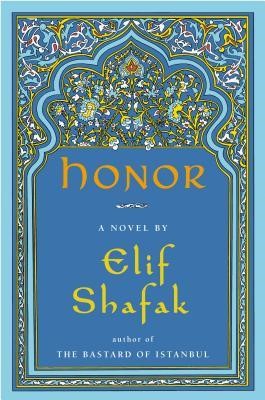 Iskender is in prison, having killed his mother, Pembe, for having a chaste affair in London’s East End. Years ago in Turkey, his paternal grandmother ran off to live with her lover. The shame these two women brought on their loved ones remains a stain on the family’s honour, as indelible as the tattoo worn by Iskender’s Abba-loving brother.

In precise prose, Shafak captures a culture where a man can abandon the family home to shack up with a mistress with no redress, but where a woman who elopes will be presented with a rope as an unspoken instruction to do the decent thing. Yet without demanding that we empathise with such repressive cultural traditions, Honour is deepened by Shafak’s compassion for what it means to be human, in particular what it means to be manly. In scenes which blaze with the force of parable, she shows sons being worshipped by their mothers and fathers being eventually overthrown by their sons. While never condoning the crime at the heart of this story, she does offer us a glimpse of how lost a child can become when the family structure falls apart. Even so, it is the treatment meted out to Pembe and her sisters which really raises Shafak’s hackles.

This is vivid storytelling, exploring “faith as guide” alongside faith as misguided. With added poignancy, Honour is dedicated to “those who hear, those who see”. Although this gripping novel’s twist may be too trite for some, no one who hears about this book or, better still, reads it, can hereafter turn a blind eye to the shameful truth that honour killings still take place today.

Review in the Telegraph

Review in the Independent