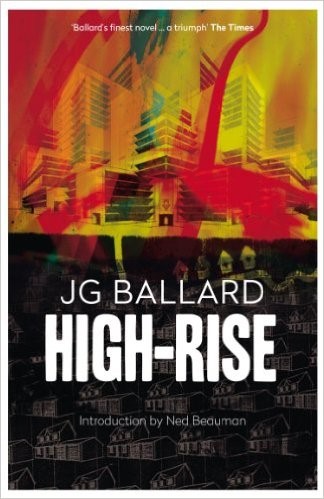 JG Ballard’s cult novel from 1975 about a state-of-the-art residential tower block whose inhabitants succumb to a collective nervous breakdown, apparently as a result of the building itself. Designed to anticipate every rational human need, it has somehow only succeeded in triggering the tenants’ subconscious desire for chaos and destruction, a need to vandalise its supposed perfection. An unnerving tale of life in a modern tower block running out of control. Within the concealing walls of an elegant forty-storey tower block, the affluent tenants are hell-bent on an orgy of destruction. Cocktail parties degenerate into marauding attacks on ‘enemy’ floors and the once-luxurious amenities become an arena for riots and technological mayhem.

In this visionary tale of urban disillusionment society slips into a violent reverse as the isolated inhabitants of the high-rise, driven by primal urges, create a dystopian world ruled by the laws of the jungle.

No audio, no large print available; audio available from RNIB.