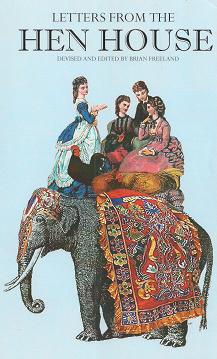 Brian has written a dozen stage scripts (and one film script): nine produced so far, and three published. Following comments that he didn't write many good roles for women he staged a piece about the British women in India during the second half of the Raj. Called "Letters from the Hen House", it was compiled almost entirely from letters, diaries and memoirs of the period. Six excellent roles for the ladies, and only four men. He has used elements from that script together with some of the original research material in the preparation of this new talk "Women of the Raj".

When the Colonial Administrators arrived to take over from the East India Company and the Army they were often accompanied by their wives: wives who spoke only English, who mixed only with the other wives, and who couldn't even communicate with their household staff. Wives who made great demands on their husbands. As one Indian wrote later "I don't think they realised what a menace they were. If the memsahibs had stayed in Britain there might never have been a Mutiny". 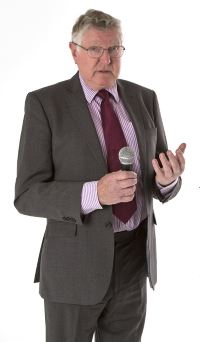 For the British Council he toured to forty-two different countries, including eight tours of the Indian sub- continent and two circumnavigations of the globe.

After a couple of residencies in the Middle East he settled in Scotland, returning to theatre management, and moving into writing, directing and public speaking.