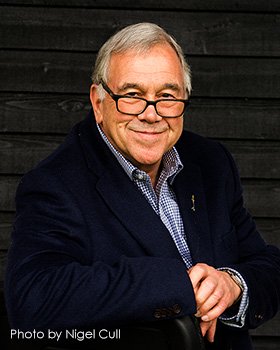 Simon Brett was a comedy producer in radio and television before becoming a full time writer in 1979. He has published over a hundred books, most of them crime novels. His writing for radio and television includes After Henry and No Commitments. He was awarded an OBE for services to literature.

He talks about his writing life in crime and comedy, from early schoolboy attempts, via twelve years of gainful employment, to being a full time writer, something he has now done for thirty-eight years. He covers the ups and downs of his profession, and talks about some of the fascinating people he has met along the way.