The Skylab space station was launched by NASA in the spring of 1973. After some serious initial problems, it was used by a total of nine astronauts (in three groups of three), who conducted an impressive array of experiments in several scientific areas. Mike, who was at the time a research medical officer in the RAF, was loaned to NASA to supervise (from the ground!) six of the Skylab medical experiments. 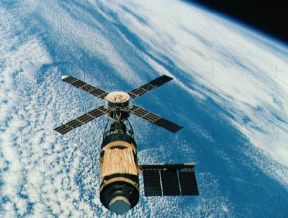 The talk, which is illustrated by slides, describes the Skylab mission itself, the various experimental areas, with an emphasis on the medical experiments, and Mike's involvement in the project.