Shakespeare's Globe Exhibition and Tour offers a fascinating introduction to the world-famous Globe Theatre and life in Shakespeare's London. Discover Elizabethan Bankside - the city of London's playground. See a sword-fighting display, find out how actors are dressed in handmade costumes and take a tour of today's working theatre - brought vividly to life by one of our story-teller guides. The tour is available all year, and audio guides are included for the Exhibition visit.

Other places of interest within easy walking distance of the Globe are:

Borough Market is rich with history, but it remains as relevant now as it has ever been. As London’s oldest food market, it has been serving the people of Southwark for 1,000 years, and that e

xtraordinary heritage is an important part of its appeal. But this is not a museum piece—it is a dynamic, ever-changing institution; a participant in the wider
debates around what we eat and where it comes from; a place where food is talked about almost as enthusiastically as it is consumed.

First and foremost, though, it is a source of genuinely exceptional produce. Many of the Market’s stallholders are themselves producers: the farmer who reared the animal, the fisherman who caught the fish, the baker who baked the bread. Other traders have built their reputations on seeking out small-scale artisan producers and bringing their wares to Borough. Together, the Market’s stalls, shops and restaurants reflect London’s status as a truly global city, with traditional British produce sitting alongside regional specialities from around the world. 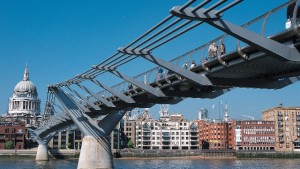 The Millennium Bridge links St Paul's Cathedral on the north bank with Tate Modern and Shakespeare's Globe in Southwark. It is the capital's first dedicated pedestrain footbridge. Its notorious wobble when first built was corrected by the addition of dampers. The investigation and correction took two years and cost £5million. 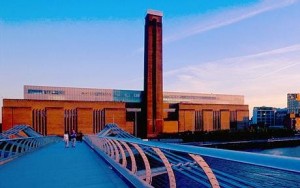 Tate Modern is housed in the former Bankside Power Station, which was originally designed by Sir Giles Gilbert Scott, the architect of Battersea Power Station, and built in two stages between 1947 and 1963. It is directly across the river from St Paul's Cathedral. The power station closed in 1981.

Tate Modern is a remarkable combination of old and new. Bankside Power station was built in two phases between 1947 and 1963. It was designed by the architect Sir Giles Gilbert Scott, who also designed Battersea Power Station and Waterloo Bridge. Constructed of a brick shell supported by an interior steel structure, its striking monumental design with its single central chimney, had often led it to be referred to as an industrial cathedral.

In July 1994 an international competition was launched to select an architect to redesign the power station. By November, the initial 148 entrants had been whittled down to a shortlist of six. These were: David Chipperfield Architects; Office for Metropolitan Architecture/Rem Koolhaas; Renzo Piano Building Workshop; Tadao Ando Architect and Associates; Herzog & de Meuron and Jose Rafael Moneo Arquitecto.

In January 1995, the firm Herzog & de Meuron were announced as winners of the competition. The dignified simplicity of their proposal impressed the jury. Their respect for the original architecture, with subtle alterations rather than grand gestures, and the introduction of more light via the enormous roof light box, combined to create an interior both functional and modern. 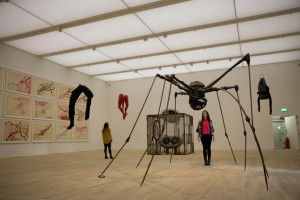 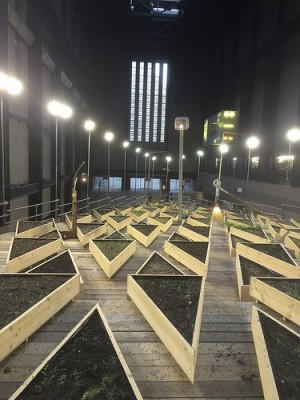 Cost of the visit is £30
There are 49 places available.
Number awaiting payment: 0, confirmed bookings: 45, waiting list entries: 0.
We are no longer accepting bookings for this event.